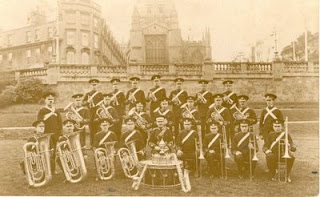 The first of a number of videos on the making of our new album, The Underfall Yard, can be found here. This short film is about the recording of the brass session for the album and, if you have a fast enough internet connection, is best watched in high definition.

One beautiful summer's day, a couple of years back, I was in Bath, near the Parade Gardens, when I heard the stirring sound of an English brass band. I can't remember what they were playing, but it was a slow piece, and this extraordinary, melancholy music filled the gardens where children played and old men slept in deck chairs. At that moment, I realised that Big Big Train needed a brass band.

We commissioned Dave Desmond to to write some arrangements for a brass quartet and recorded a session with Dave (trombone), Nick Stones (french horn), Rich Evans (cornet)and Jon Truscott (tuba) a couple of weeks ago. It was a very enjoyable session which captured the sound that I had heard on that summer's day in Bath.

The video contains music from three tracks on the album, Evening Star, The Underfall Yard (which builds on themes established in Evening Star), and Victorian Brickwork.

Next month, there will be a second video featuring the first vocal sessions.
Posted by Gregory Spawton at 6:54 pm 1 comment:

The brass is done 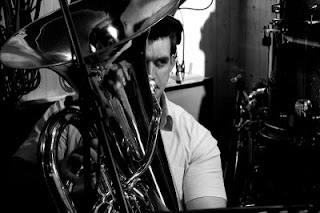 Our session with the brass quartet the other night was a huge success. I'll be posting some footage of the session on our new YouTube channel in the next few days.

In the meantime, here is a pic of Jon Truscott, one of our brass players, in action (incidentally the deeper notes of a tuba make Moog Taurus Bass pedals sound, frankly, a bit wet.)

At certain times parents will reflect on how good or bad a job they have made of bringing up their children.

My daughter has just named her cat after the foremost Icelandic post-rock band*. This makes me feel that I am not doing too badly at the moment. 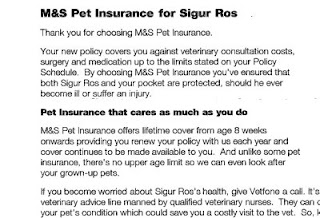 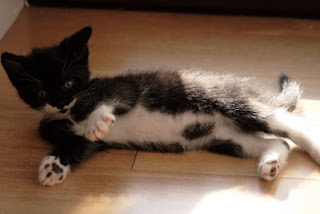 *His full name is Sigur Hoppipolla Ros. Not a name I'm looking forward to having called out at the vets.
Posted by Gregory Spawton at 12:29 pm 1 comment: