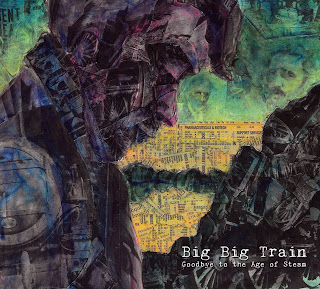 Completing the trio of BBT-related releases over the last few weeks is the re-issue of our first album, Goodbye to the Age of Steam, which is now on sale in the BBT shop (and will be available from Amazon UK and USA from May 3rd).

Goodbye to the Age of Steam was originally released on the GEP label in 1994 and has been unavailable for the last few years. It isn't representative of where we are now as a band and it wasn't something we intended to go back to, but Rob Aubrey had a window in his schedule last year and offered to re-mix it from the master tapes. The 1994 version of the album was recorded and mixed on a very tight budget and the opportunity to achieve the best possible sound quality with a complete re-mix was something we could not resist.

We have also added three bonus tracks to the album to ensure the 2011 version of Goodbye to the Age of Steam is a value-for-money release. Firstly, there is an extended version of Losing Your Way, featuring an instrumental section which was edited out of the album version; then a track called Far Distant Thing which we recorded for a radio session in 1993, and finally, an instrumental track called Expecting Dragons which reworks some of the album themes and motifs and which features the band's modern line-up.

Those of you who are familiar with the original release will also notice that we have used new artwork for the re-issue. The painting for the 1994 cover was sold at auction and we have no idea where it is. So we asked our artist, Jim Trainer, to paint some new images. Cracking job he made of it too (the re-issue features a 12-page booklet which includes a number of Jim's paintings.)

So, there it is. We've now completed our programme of re-issues and, from this point on, it is all about the future as we continue work on English Electric and start thinking about some gigs.

In the meantime, I hope you'll find something to enjoy on Goodbye to the Age of Steam. It's certainly not up there with The Underfall Yard or Far Skies Deep Time, but it's part of the Big Big Train story.

Sean Filkins - War and Peace and Other Short Stories 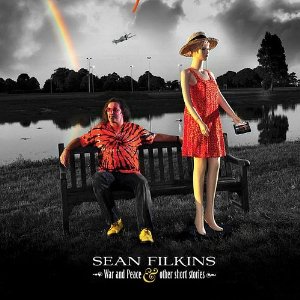 Sean Filkins, Big Big Train vocalist on the Gathering Speed and The Difference Machine albums has just released a solo album. I haven't heard the CD yet, but there is a track streaming on Sean's site (where it's also available for purchase for a tenner, which includes P&P.)
Posted by Gregory Spawton at 10:08 am 6 comments: 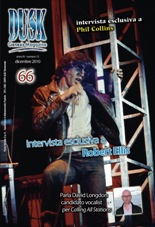 David was interviewed by Mario Giammetti for the December issue of Dusk (the excellent and longstanding Italian Genesis magazine.)

Mario has now kindly made the interview available online and in English. It's a very interesting read and is well worth checking out. There is a link to it on David's blog.
Posted by Gregory Spawton at 9:51 am No comments: 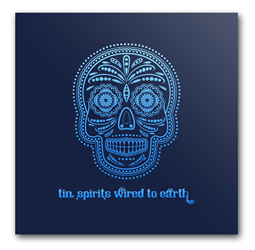 The first Tin Spirits' CD,Wired to Earth, is out now. It's a beautiful album of guitar-based prog which avoids the well-trodden road of Nu-Prog or Nu-Metal heaviness and, instead, establishes its own path. My understanding is that the album has been printed up as a limited edition to start off with so I strongly recommend popping over to the Tin Spirits' website and buying a copy while it's available (it costs just £6.95). Tin Spirits is:  Dave Gregory (guitars), Daniel Steinhardt (guitars and vocals), Doug Mussard (drums and vocals) and Mark Kilminster (vocals and bass).
Posted by Gregory Spawton at 10:21 am 6 comments: