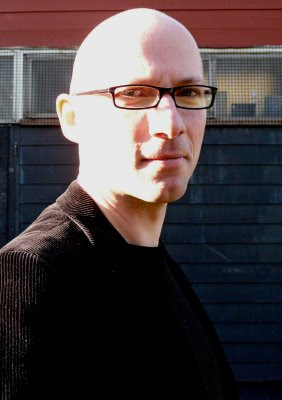 I would like to welcome David Longdon as Big Big Train's new vocalist.

David Longdon is a progressive rock singer, songwriter and multi instrumentalist who was born in the city of Nottingham UK in 1965.

He formed several bands but it was his time with The Gifthorse that led to bigger things. David signed to Rondor Music and recorded for Epic records. They supported Kirsty MacColl, Blur and The Pogues amongst others.

David is also a long term member of the Louis Philippe band, appearing on Jackie Girl (1996), Azure (1998), A Kiss in the Funhouse (1999), My Favourite Part of You (2003) and The Wonder of it All (2004) culminating in the release of the Louis Philippe Live (2007) CD taken from their two concerts at The Bush Hall, Sheppard’s Bush along with The High Llamas. Musicians also performing on these albums include Daniel Manners (Cathal Coughlan), Dave Gregory (XTC, Dukes of Stratosphere) Sean O’Hagen (High Llamas, Microdisney), Cathal Coughlan (Microdisney, Fatima Mansions)

It was in the final days of The Gifthorse that David was invited to audition as a potential replacement for Phil Collins as lead singer in Genesis. He survived the auditioning process and worked with Tony Banks, Mike Rutherford and producer Nick Davis from May to November 1996 on recordings that would become the Calling All Stations album. They were also working with Stiltskin vocalist Ray Wilson at the same time. Eventually they decided which one out of the two would get the job.

In 2008 Martin Orford (formerly of IQ) invited David to sing on his swan song album The Old Road. David sings lead vocals on Ray of Hope and Endgame.

David brings a superb singing voice to Big Big Train as well as considerable experience and expertise. We can't wait to start working with him on The Underfall Yard and on future releases.

Goodbye to Steve and Sean

We are now well into the recording sessions for the next album, The Underfall Yard and it's time that I mentioned some changes to the band's line-up for the forthcoming release.

With the exception of Bard, Steve Hughes has drummed on all of our albums so far. However, Steve is busy with other projects at the moment and we have decided to continue and develop our work with Nick D'Virgilio for The Underfall Yard and future releases.

Steve joined BBT when he was still at school and, in the early days, he bunked off many lessons to attend rehearsals . His fluid fusion-style playing was a significant feature of our developing music. We remain good friends with Steve and his playing will feature on the re-recorded versions of Downhilling and Kingmaker, two songs from our early demos which will be released at a later date.

Sean Filkins joined BBT as our vocalist for the Gathering Speed release and went on to feature on The Difference Machine. Sean provided some beautiful vocal performances at a time when I was developing a different style of writing for BBT (a more, if you will, 'progressive' sound) and I would like to thank him for his contribution to Big Big Train.

With The Underfall Yard, we are moving into a new era for BBT and we have decided to strengthen the band's line-up by recruiting a new singer who, we think, will help to further develop our sound.

I'll announce his name and provide some biographical details in the next few days.
Posted by Gregory Spawton at 11:09 pm 2 comments: