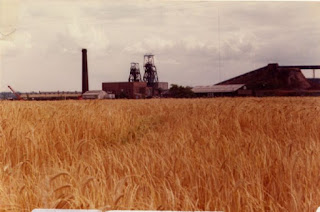 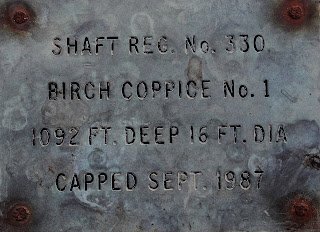 The same type of story can be found in the landscape all over Britain as the physical remnants of the gigantic undertaking that was the Industrial Revolution are lost. Worked Out is a song about the miners of Birch Coppice but it could be about any of the mining communities which have seen the closure of the pits and the loss of a way of life.
Posted by Gregory Spawton at 1:53 pm 2 comments:


We are now seven weeks away from the release of English Electric Part Two, and as with Part One, we will be posting a weekly blog about the songs on the album up until the date of release.

75 years ago, on 3rd July 1938, a streamlined locomotive called Mallard set the world speed record for steam trains, travelling at 126mph on a straight, downhill stretch of the East Coast Mainline.

Mallard has been preserved as a static exhibit and is normally on display at the National Railway Museum in York. Whilst she was made for speed the designers created a machine of extraordinary beauty; if you go to the museum, she will stop you in your tracks.

The story of Mallard has been described by Andrew Martin as being like Chariots of Fire with steam engines and it became, for me, an irresistible theme for a song. However, it wasn't so much  Mallard but the people who designed, made, fired and drove her that interested me. And it is their tale we tell over the 15 minutes or so of East Coast Racer.

It is a story with a wonderful list of main characters; designer Sir Nigel Gresley, his assistant Oliver Bulleid, fireman Tommy Bray and driver Joe Duddington. Alongside those with starring roles was a community of engineers and railwaymen who all played a part in the making of a legend.

But, in the end, we come back to Mallard.

Émile Zola said: 'Somewhere in the course of manufacture, a hammer blow or a deft mechanic's hand imparts to a locomotive a soul of its own'.

In this short sentence, Zola puts his finger on the connection between the maker and the machine. Mallard has outlived its creators but in it, this company of men and the work they carried out, lives on.